Kind of a quiet day; enjoyed my tea and English muffin this morning, the mailman brought us a sweet card from a woman we’d written–the mother of one of our friends in CA. Talked with some of the kids and grands, watched a little TV, spent too much time on the internet. I’m still a bit dizzy but not bad. I think I will live. 🙂 Have a nice night, peeps! 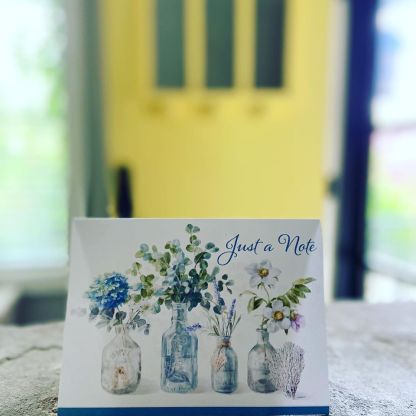 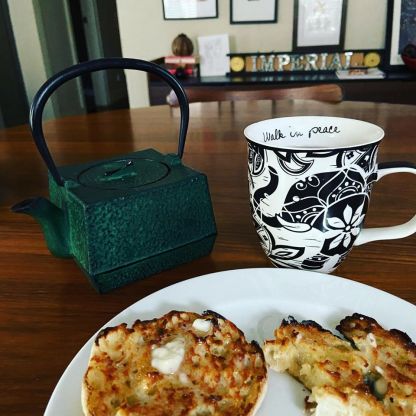 Not really…they don’t pay much attention to the TV but they love lying on the couch with Rich every night while HE watches. 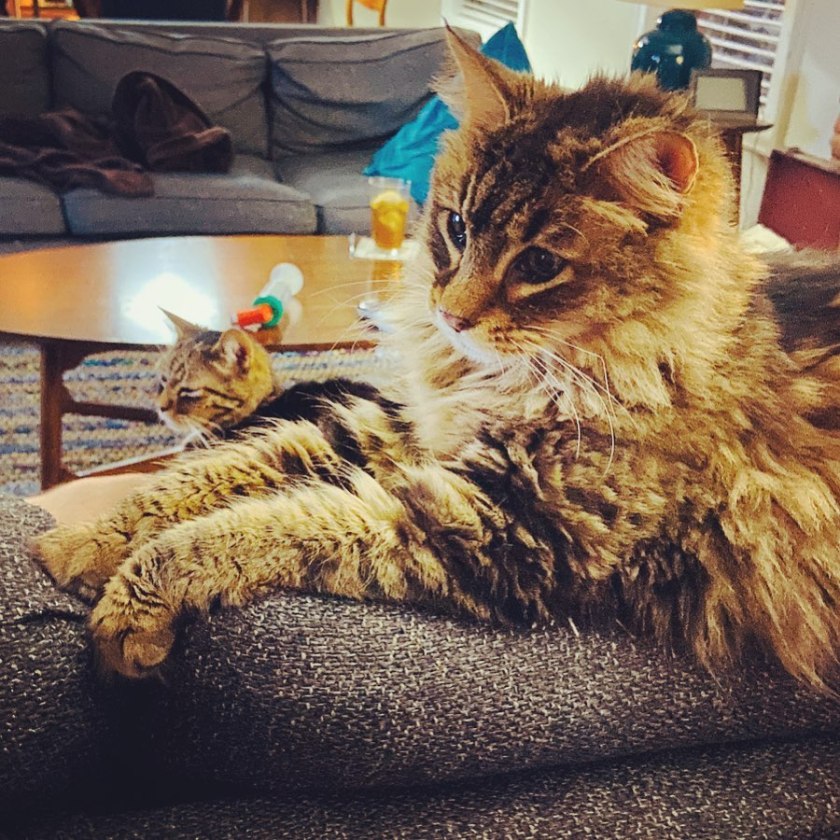 Today was a pretty good day; I am still semi-dizzy but not bad. I actually did a few chores and took a shower and talked with a friend and with one of my daughters. It felt like I was getting back to the usual stay-at-home way of life. haha Recently I got an email from Steak and Shake saying they were making milkshakes to-go for half price. I’ve been thinking about it ever since, but we are not leaving the house and we are semi-suspicious of take-out food and drinks in our paranoid state of mind. So tonight I asked Rich, “Hey, do you think you could make milkshakes?”  And voila, he whipped some up with the last of the ice cream.  Quite delicious and I have decided that milkshakes will be my special quarantine treat from now on….well, once we buy some more ice cream.

Wishing the happiest of birthdays to our grandson Aidan, who turns 17 today! I can hardly believe he’s so grown up! This past year he got a job and a driver’s license and I just want time to slow down. He’s a great kid who gets along with everyone, has a positive attitude, a sense of humor, a kind heart, and lots of talents. I can’t wait to see what his future holds! We love you, Aidan! ❤️🎂🎁💥🎈🎉❤️ 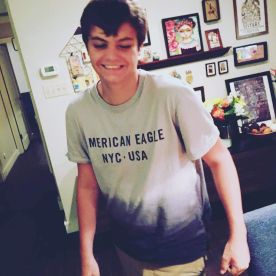 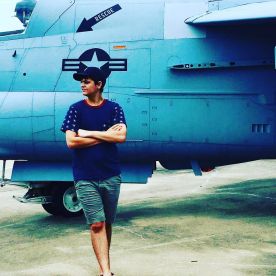 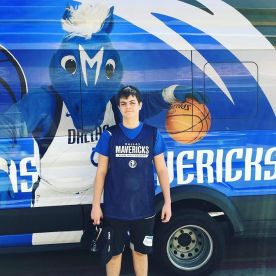 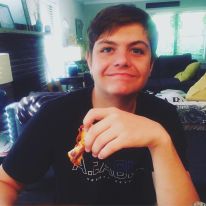 My back is feeling better but I woke up today with the worst headache ever and major dizziness. After staying in bed half the day worrying about Coronavirus, I’ve diagnosed myself with a severe vertigo episode. 🤣 No fever, no cough and I’ve been in the house for two weeks except for one trip to the store. I’m sure my husband thinks I am a big hypochondriac. Anyhoo, I was cheered up by a cute card from my friend Tammy and a birthday call with grandson Aidan. Had some grapes, spied on Ajax sleeping on my side of the bed, did a little knitting, and Rich made us a pizza on the rest of our naan. Feeling better tonight. How are all y’all? ❤️ 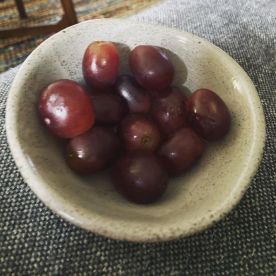 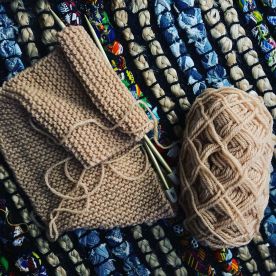 Happy birthday to my daughter Bonnie! She’s smart, hilarious, creative, kind, and caring, making a difference in her students’ lives while being a great mom to her own three sweeties. We always have interesting conversations and attempt to solve the world’s problems. 😊 We love you, Bonnie! ❤️🎂💥🎁🎈🎉❤️ 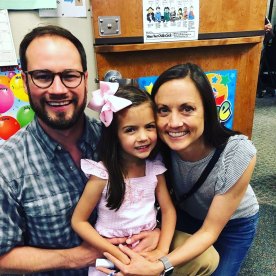 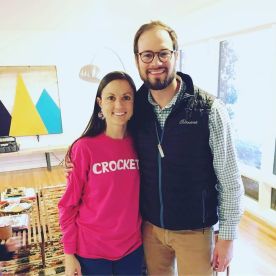 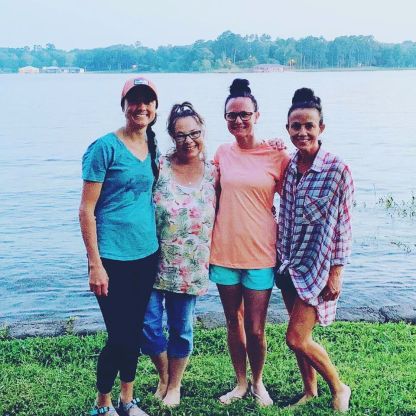 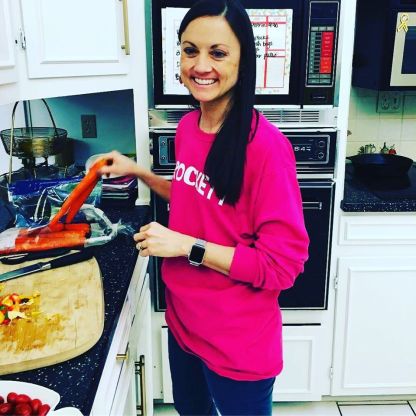 Unfortunately, I spent most of the day in bed and on the couch. I slept well and then woke up at 6 with crazy dizziness. I went to the bathroom, holding onto the furniture and walls. Got back in bed, still dizzy, and began shaking uncontrollably with chills. It really freaked me out. I tried to lie still and let it pass but eventually around 7 I woke Rich up and told him I was worried that I had the damned virus.  He took my temp and it was fine, brought me some water, and I tried to go back to sleep.  After a bit, I got up and laid on the couch on the heating pad as my back was still hurting badly. I started to think that maybe it IS a kidney stone but I am not sure. The dizziness has diminished over the day but I still don’t feel great. I guess if I am not better tomorrow, I will call my doc, though I am trying not to bother her right now.  Just wish I knew what was going on!  We’ve basically been in our house for over two weeks now, except for one trip to the grocery store a week ago where we wore gloves and wiped everything down. SO I feel we should be safe, but who knows??!! I’m feeling a little congested tonight so that doesn’t help my anxiety.

Stay safe and healthy out there, people!

I managed to do something to my back yesterday, not sure what. I was cleaning up around the house, putting things away, not doing anything heavy. I did move all the dining room chairs and got down on my hands and knees to clean up some cat barf under the table. LOL There was lots of cat hair so I wiped down the chairs and went to get the vacuum cleaner. Before I could start vacuuming, I started getting a bunch of updates from Instacart so I abandoned the vacuum for awhile.

Instacart is another story. We decided to get our groceries delivered after Rich’s last experience with the crowd at Senior Shopping Hour. I looked at various stores to see who might have toilet paper and Costco was listing it as available. We have a Costco account so I put TP and Tylenol in my cart, since I’ve read that Tylenol is the recommended med for treating the symptoms of the virus at home.  Costco was out of most everything else I wanted so I moved on to Albertson’s and ordered about 16 more items. Checked out and it said soonest delivery would be Wednesday. No big deal because nothing is urgent for us at this point.

Then suddenly I got a message from Instacart saying someone was shopping for me at Costco. What happened to Wednesday I do not know! Of course, right off the bat, I was notified “No TP.” I felt sorry for the shopper who went all the way to Costco only to get me some Tylenol.

Meanwhile someone else began shopping at Albertson’s. Again, what happened to Wednesday? This is when I kept getting notifications that various items were not there and the shopper was either substituting something else or refunding my  money on those items without a suitable sub. It seemed like a big hassle and I felt bad for my “shoppers.” I told Rich this is another example of income inequality when we can sit at home and pay for someone to expose themselves and do our shopping for us.

Somewhere during this escapade my back suddenly began hurting really badly but I went ahead and vacuumed, though I probably shouldn’t have. After that, I had to lie down on the couch. Of course my mind went a little crazy remembering that “severe backache” has been an early sign of the coronavirus for some people. The Instacart worker left our Tylenol on the front porch and rang the bell; later someone else left all of our other bags RIGHT against the front door where we could hardly get it open. LOL Rich sprayed everything down and brought the food and supplies in. After awhile he brought me a Tylenol and after another little while we also had a margarita. Usually I am super careful with meds and don’t even like to take anything, much less mix it with alcohol! What was I thinking? We ate dinner and then I was suddenly super drowsy so I dozed off and on on the couch. I really just thought I was tired from not sleeping much lately and also from the margarita because I am a lightweight and don’t drink much. 🙂 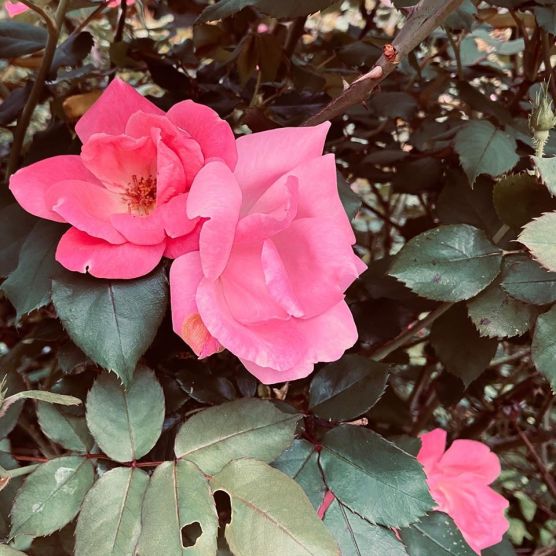 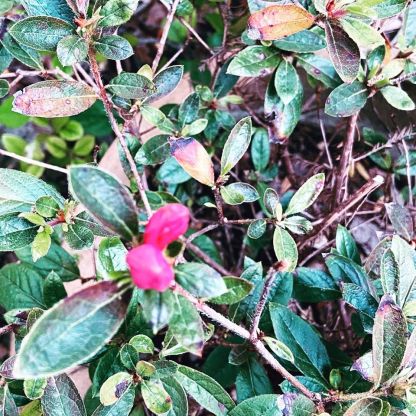 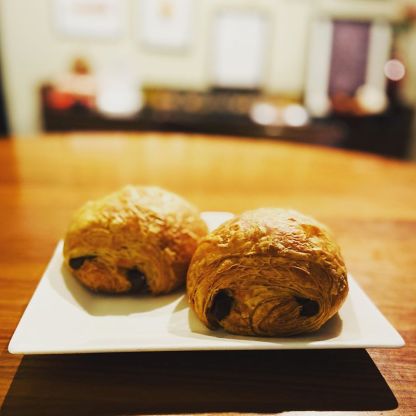 Eventually I woke up enough for us to watch a movie “Just Mercy,” which I highly recommend if you have not seen it. It’s about Bryan Stevenson, the attorney who has worked on death row cases for 30 years, and one of his first cases. He is also the guy who founded the lynching museum we visited last year. Very inspiring and also infuriating when the system is exposed for what it is.

After brushing my teeth, I reached for the Tylenol bottle to take another one before bed. Much to my surprise, we are actually the owners of a  huge bottle of Tylenol PM! No wonder I was so drowsy earlier. I can’t believe I ordered that by accident and it will take us forever to use up that big ass bottle.  🙂  At that point, I decided I probably didn’t need another one so I went on to bed and actually slept really well till 7 AM for a change. I woke up this morning, rolled over and went back to sleep till 9. It felt really good to get enough rest, thank you Tylenol PM.

I was hoping my backache would be gone this morning but it has persisted all day. I have halfway thought maybe I have another kidney stone but it doesn’t feel  exactly the same as my previous two. But who knows! I haven’t done much today but laid around, did a few little chores and corresponded with a few people. I am really hopeful it will be gone tomorrow!

I’ve been trying to take a few photos of our day but there wasn’t much going this Sunday. Our flowers are starting to bloom out front, and we had some chocolate croissants for a treat tonight. That made things a little better after hearing that Dallas Co continues to have an increasing number of coronavirus cases and we’re putting in a makeshift hospital next. That in itself is enough to give me anxiety, especially because our County Judge noted that we do not have enough doctors to staff the extra hospital.

Postcards from Retirement
Create a free website or blog at WordPress.com.