On my last full day in FL, I decided to take a Lyft to the Morikami Japanese Garden for the day.  My driver was a nice enough guy but did not speak any English so we had a bit of a language barrier.  He wasn’t sure where to go, found the garden, but entered on a service road where we almost got creamed by a semi truck coming out. That was fun!  He dropped me and I had to climb under a fence to get into the main building.  But no worries, all was well in the end!

The sun was shining and it was a lovely day wandering around the gardens.  I thoroughly enjoyed my time there and finished it with a stroll through the museum and great lunch in the cafe.  I was interested to see that it is rated one of the top museum cafes in the nation!  I can see why–the food was amazing.  In fact, I wanted more! Read more about the garden here. 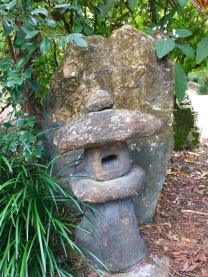 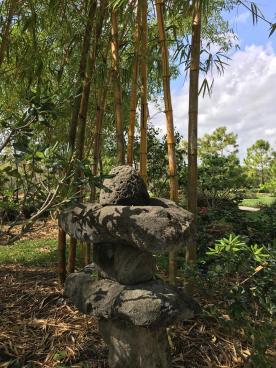 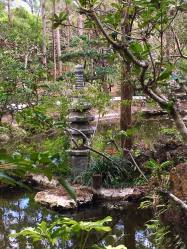 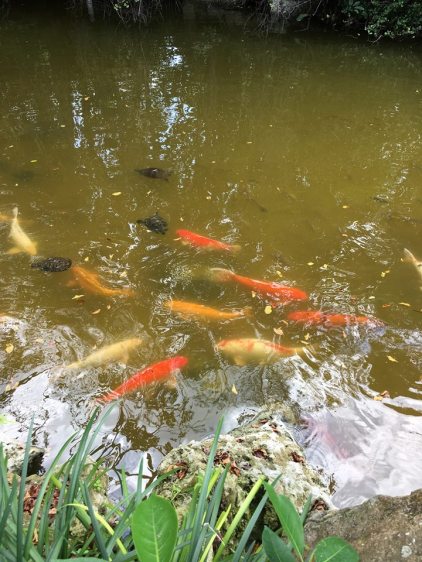 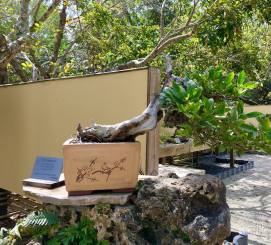 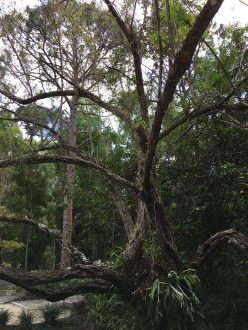 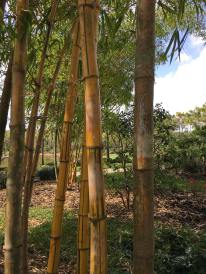 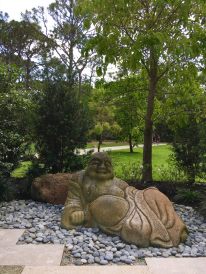 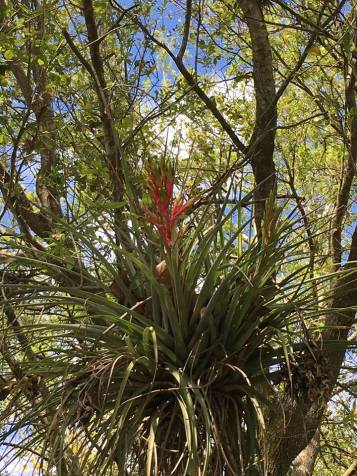 My driver back to the hotel was a reasonable white guy so I told Rich that his team was redeemed after the other night. haha

Kathi and I went back to the Atlantic Ave area for dinner at a place called 32 East, where we had some pizza and arugula salad, both delicious.  We enjoyed chatting with our server who was from Haiti and had the most positive attitude!

On one of my Lyft rides, I had seen a train speeding by and asked my driver where the train went.  He said “lots of places.” I asked if it went to the Fort Lauderdale airport and he said yes.  So I looked it up and found that there was a station very close to the hotel and it was only $5 to get to the airport. Score!  Much better than paying another $40 on Lyft. I made arrangements with the hotel to take the shuttle over to the train station the next morning.  Kathi and I had a pleasant last night in the hotel and then said our goodbyes the next day as she still had another half day of training and I had to leave in the AM to catch my plane. I’m really glad she invited me and had such a nice relaxing time!

The shuttle took me to the station the next morning and I purchased my ticket for the train.  As the departure time approached, we started hearing messages over the loudspeaker that the train was delayed 35-40 minutes.  I had allowed several hours but certainly did not count on any big delays!  I eventually asked one of the transit officers what I should do and he seemed to think I would still be “okay.”  He gave me an 800 number to call, which I did, and was told the train was on its way and should be at our station in a few more minutes so I stuck it out.  It did arrive soon after and we all loaded up. Another thing I didn’t realize was that the train did not go right into the airport but to a station about 15 minutes away and we all had to get on a shuttle bus. By then I was a little anxious but thought I still had plenty of time.  Thankfully, this was true and I made it through security with time to spare; even had time to get a tea and a snack before boarding.  The flight home was good and Rich was there to pick me up.  It’s always nice to get back home!

Day Two I went down to our free breakfast with Kathi before her training, then returned to the room and went back to sleep for a little while.  Hey, it’s vacation, right?  Eventually got up and showered and dressed and decided to go out exploring a little bit. I stopped at the desk to ask how far the shuttle would take me and basically it was just to a nearby mall or a beach.  We have malls in Dallas and I am not that interested in spending my day at a mall! Didn’t really want to go to the beach by myself so I did a little research and found an area called Mizner Park, an open air shopping/eating area not too far from the hotel.  Called for another Lyft and spent a few hours wandering around, and some lunch,  looked at some cool little shops, and got a ride back to the hotel a little before Kathi would be finished.  I met some of the nicest people driving for Lyft.   On my ride to Mizner Park, I had a woman from India who had her 6th grade son with her because she’d had to pick him up from school for an appointment.  She was lovely and was working three jobs to make ends meet along with her husband.  They have another son with special needs and her 6th grade son (who’s doing 9th grade work) wants to be a pediatric neurosurgeon so he can help kids like his brother.  He was very smart and polite and friendly and I have no doubt he will go far in life.  I was so touched by their stories that I felt like I wanted to do something nice for them. After getting out of the car, I went into the app and was going to leave her a $100 tip but the crazy app would not let me leave more than 200% of the ride. I was so annoyed. So I left her the max but I felt sad that I couldn’t do more.  Dang it! 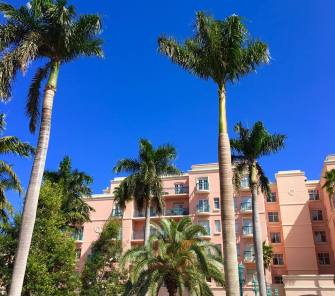 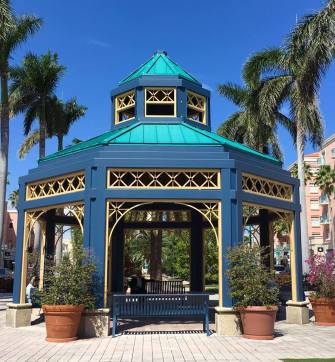 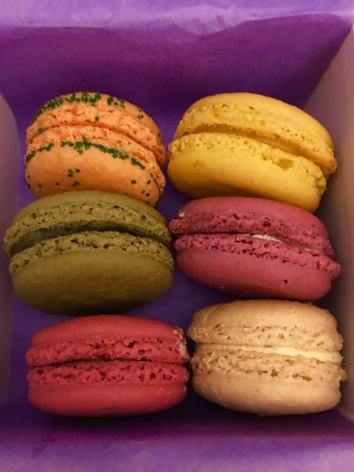 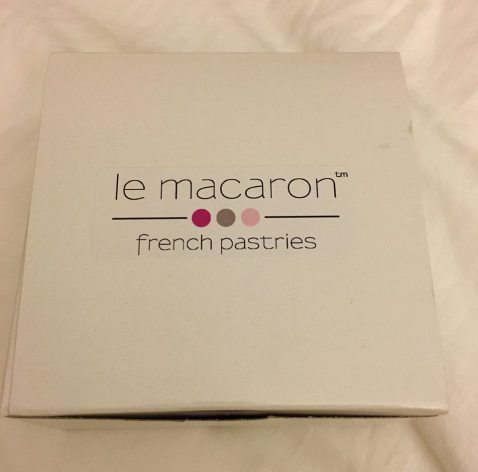 On the way home, my driver was a  lovely man from Jamaica who talked on the phone with his 9 year old son for a moment and it was just so sweet.  His son asked him to bring him home some ice cream and he said, “Now, son, you continue with your homework please and if you get it finished, I will bring you some ice cream when I come home. I love you, son.”  He spoke to me with such pride about his children and about studying to be a nurse himself.

After returning to the hotel, Kathi and I made reservations at a place I’d read about called Dada near Atlantic Ave in Delray Beach, one of the places we wanted to visit.  We called another Lyft and this time we got a crazy old white dude who had a 2nd amendment fetish and was lecturing us while driving like a maniac.  He was so caught up in his diatribe that he missed our exit and then he had to speed faster to try to make up the time since I told him we had a reservation.  Seriously, I was texting with Rich back home telling him all about it and that I hoped we made it to the restaurant!  Eventually we did and he apologized and we said “no worries,” but I was glad to get out of that car and did not give him the best rating.  🙂   Dinner at Dada was fabulous–the restaurant was in a cool old house and it was packed inside and out so I was glad we got a reservation.  After stuffing ourselves, we walked around Atlantic Ave for awhile.  By then we both had to pee really badly and couldn’t find a public restroom.  We finally stopped at a Starbucks because I told Kathi “you can always use the bathroom there.”  Well, of course this one had a sign that the restroom was for customers only and it was locked.  I took one for the team and ordered ANOTHER iced tea that I did not need and we were given the code for the bathroom.  We walked to an un-crowded area and called for a Lyft, where we were picked up by a neat guy named Fernando who took us back to the hotel without incident.  🙂 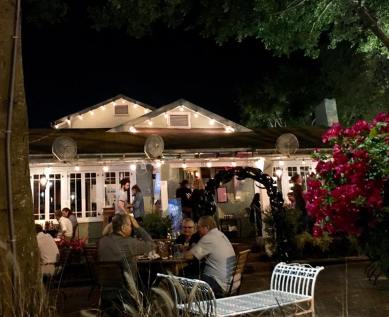